OzUke is the inaugural Ukraine/Australia bilateral relations forum series that will be held in Melbourne  at the Rydges on Swanston on Wednesday, November 25 and Thursday, November 26, 2015 and in Kyiv in 2016.

OzUke will take place at the NGO and B2B levels to promote bilateralism between Australia and Ukraine in a new era of cooperation. It brings together leading Australian and Ukrainian civic and business leaders around shared values and new opportunities.

OzUke is proud to have the support of the Governments of Australia and Ukraine.

“Now is the time to build greater ties between Ukrainian society and Australian society for the benefit of both. Our countries are geographically far away but we strongly share democratic values and the spirit of mateship. There are great potential synergies at the civil society, ethical business, sport, and cultural levels, but these aspects need to be actively cultivated, and we wish to do so with our excellent partners at Centre UA, who have have a great track-record in the democratisation process in Ukraine.” – Stefan Romaniw OAM, AFUO President. 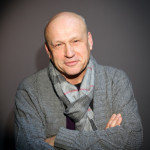 “There’s much of interest in Australia for Ukrainian citizens. It’s a highly advanced democracy; it has huge economic prosperity that relies on socially-responsible free market operators, and; from the Prime Minister down, it’s been a great friend to Ukraine in its time of need. Ukraine’s sovereignty and democratic progress in part in rely on Ukraine being a global citizen. Every step counts and we are delighted to be working with AFUO on OzUke2015’ to take an important one forward.” – Oleh Rybachuk, Head of Centre UA.